10 CD Discoveries of the Month 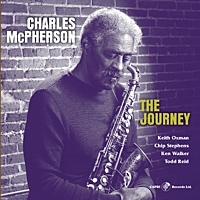 slideshow
Great jazz albums remain hard to come by, but an increasing number are leaving me impressed. It seems more care is going into their production with the explicit purpose of hooking and holding listeners. Wow, what a novel concept. Here are 10 albums that caught my ear...

An Evening with Herb Geller & the Roberto Magris Trio (JMood). Recorded live in 2009 at concerts in Serbia and Milan, this CD features Herb four years before his death and provides insight into an alto-saxophone master in full command of his musical expression. Backed by the assertively romantic Roberto Magris and trio. Go here.

Adam Birnbaum, Doug Weiss, Al Foster: Three of a Mind (Daedalus). Pianist Birnbaum has a rich, complex bop sound and all of the tracks are originals. There's depth and sensitivity here, and the excellence of Birnbaum's compositions and execution is consistent across the album. Birnbaum takes his time and is a marvelous listener. Go here.

Jon Regen: Stop Time (Motema). Pianist and singer-songwriter Jon Regen serves up 10 originals accompanying himself on keyboard with Davey Faragher on bass and Pete Thomas on drums. Jon's music is a jazz-pop amalgam, with shades of Elvis Costello and Billy Joel with touches of gospel feel open-heart confessionals. Smart writing that certainly will be covered by other artists. Go here.

Phil Fest: That's What She Says (Fest). Brazilian guitarist Fest has a sensual, surfy sound. So do his many sidemen, including Hendrik Muerkens on harmonica. Each track is equally seductive and uplifting. By the third song, you'll be convinced you're on a quiet beach without a care in the world. Go here.

Curtis Nowosad: Dialectics (Cellar Jazz). Drummer Nowosad provides power on this straight-ahead jazz album that features Jimmy Greene on saxophones, Derrick Gardner on trumpet, Steve Kirby on bass and Will Bonness on piano. The playlist includes gems like Wayne Shorter's Speak No Evil and Thelonious Monk's By e-Ya. The rest are strong originals by Nowosad, including the gorgeous Empirically Speaking. The one songbook entry is I Remember You, a barn-burner. Go here.

Hailey Niswanger: PDX Soul (Calmit). For those not in the know, PDX is shorthand for Portland. Recorded live at Portland's Kung Fu Bakery, this album features alto saxophonist Niswanger and her funky fusion band. All of the songs are by Niswanger except for three hip covers—Barbara Mason's Yes I'm Ready, Let a Woman Be a Woman by Arlester Christian, and Al Green's Take Me to the River. And dig the soulful vocals by Tahirah Memory on two tracks. Perfect driving music. Go here.

Stanley Clarke Band: Up (Mack Avenue). Electric bassist and fusion forefather Stanley Clarke slips comfortably into groove after groove on this album. All of the tracks are by Clarke except one—Brazilian Love Affair, by the late George Duke. No two songs are alike, as Clarke shows off his musical diversity and dexterity, but all have distinct moods. Go here.

The Brecker Brothers: Live at the Bottom Line (Bottom Line Archive). I remember seeing the Brecker Brothers during this tour in Boston in 1976. Listening back now to the band's performance on March 6, 1976 at New York's Bottom Line, one is reminded just how good they were on stage back when jazz met funk in the middle of the disco decade. Go here.

Pokey La Farge: Something in the Water (Rounder). Pokey La Farge looks like a combination of a Mad Men character and a young Serge Gainsbourg. But La Farge is neither—he's a superb Americana guitarist and singer who is firmly into roots music and 1920s jazz. The Illinois native picked up his name from his mother, who grew weary of his dawdling. Fun music, expertly played. Go here.